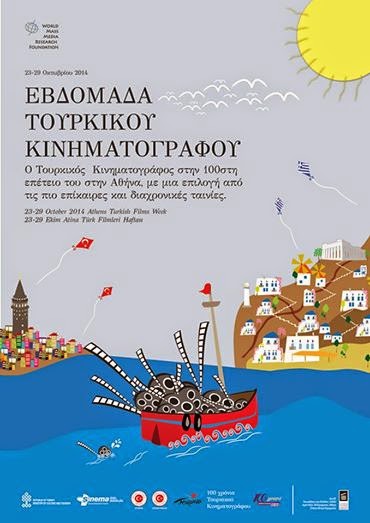 The Turkish Film Week at the Greek Film Museum opened today, October 23, and 14 films from Turkey will be presented as samples of the Turkish production. The event is supported by the General Directorate of the Turkey’s Film Culture and Tourism Ministry, under the auspices of the Embassy of Turkey and the Consulate General of Athens-Piraeus.

The tribute, which lasts until Wednesday, October 29, marks the anniversary of 100 years of Turkish cinema.

“I Am Not Him” will be the opening film. A co-production between Greece, Turkey and France, which will be presented in Greece for the first time.

The tribute will also include films that left their mark on the development of Turkish cinema, as they offered a new type of fruitful artistic expression, focusing on personal cinema, starring ordinary, everyday people with contemporary problems, much like the Turkish population of the 21st century, such as political dilemmas and internal conflicts.