Home » Duyuru » 11 March 2017, Press Release Regarding the Relations with the Netherlands

11 March 2017, Press Release Regarding the Relations with the Netherlands 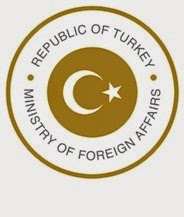 The visit today (11 March) by our Foreign Minister Mr. Mevlüt Çavuşoğlu to the Netherlands to meet with the Turkish community living there and with our diplomatic representatives has been cancelled due to the various obstructions of the Dutch Government.

The Dutch Government has from the very start of this process adopted an approach incompatible with diplomatic practice and customs and used every means to prevent this visit from taking place. Responding the request of the Dutch authorities, we had agreed to hold this meeting at the residence of our Embassy in The Hague instead of Rotterdam. However, after the refusal of the unacceptable demand of the Dutch side to provide them with the list of participants to attend the meeting at a diplomatic mission, the Dutch authorities around noon time cancelled the flight permission given to our Foreign Minister.

Turkey and the Netherlands are two friendly and allied countries with uninterrupted diplomatic ties for 405 years. The two countries have never at any time taken a hostile attitude toward one another in the course of their ties over more than four centuries. The shame and responsibility for this unacceptable and dangerous act, in our deep rooted diplomatic relations, belong to the Dutch Government. We condemn this hostile and prejudicial mentality.

This stance of the Dutch authorities who on every occasion reiterate their commitment to democracy and freedoms is an affront to the democratic rights and honor of the Turkish community in the Netherlands. The Dutch Government with the obstructions it created has tried to take hostage nearly half-a-million of our citizens and to deny their most fundamental democratic rights. The prevention of a peaceful meeting on the pretext that it would disrupt public order indicates the incapacity and the fear of the Dutch authorities who always emphasize to us how they embrace the Turkish community in the Netherlands. It should be known to all that nothing will break the legal, human and fraternal bond between us and our citizens.

The Dutch Government has taken this grave measure in conflict with democratic and diplomatic mores entirely for domestic political considerations. The statements made in the wake of these repressive measures by the leader of a political party that is anti-Islam and xenophobic, racist and populist clearly point to those behind these decisions. Turkey and the Turkish community in the Netherlands are too big and too strong to be sacrificed for the concessions by the Dutch Government to a political movement that calls for a reduction in the number of certain ethnic and religious groups in the Netherlands and for the bombing of mosques. This situation poses a distinct threat to the Dutch and the European peoples who believe in European values and democracy.

To protest this decision by the Dutch Government, the Charge d’Affaires of the Embassy of the Netherlands in Ankara was summoned to the Foreign Ministry. We informed that we did not wish the Dutch Ambassador who is presently on leave outside of Turkey to return to his post for sometime. Our Dutch counterparts have been told that this grave decision taken against Turkey and the Turkish community in the Netherlands will bear serious consequences in the diplomatic, political, economic and other fields of our relations.

We declare solemnly to the public that we will react as we deem appropriate without harming our long-standing friendship with the Dutch people.