Home » Bilgi Notu » Duyuru » News » MESSAGE BY H.E. RECEP TAYYİP ERDOĞAN PRESIDENT OF THE REPUBLIC OF TURKEY ON THE OCCASION OF THE 70TH ANNIVERSARY OF THE FOUNDATION OF THE UNITED NATIONS (24 OCTOBER 2015)

MESSAGE BY H.E. RECEP TAYYİP ERDOĞAN PRESIDENT OF THE REPUBLIC OF TURKEY ON THE OCCASION OF THE 70TH ANNIVERSARY OF THE FOUNDATION OF THE UNITED NATIONS (24 OCTOBER 2015) 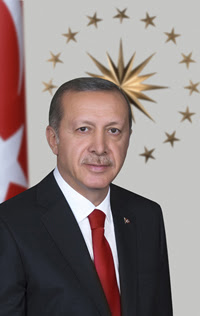 This year we are celebrating the 70th anniversary of the establishment of the United Nations (UN), of which the Republic of Turkey is one of the founders.

Turkey who has always been a strong supporter of the UN and the values ​​it represents throughout its history of 70 years, continues to take leading roles under the aegis of the UN in the areas such as peacekeeping and peace-building, mediation, development, climate change,  environment and the Alliance of Civilizations.

Hence, it gives us pleasure to see that the UN is celebrating its 70th anniversary with the adoption of the 2030 Agenda for Sustainable Development, to the negotiations of which Turkey has also actively contributed. We also welcome the recent efforts initiated by the Secretary General to review the peacekeeping and peacebuilding functions of the UN.

However, we have recently been witnessing that the Security Council has been blocked at times when it needs to respond to contemporary challenges and resolve conflicts in a timely manner. It is of utmost importance that the Security Council is reformed in line with today’s realities so that it can become more representative, more democratic, more effective, more transparent and more accountable.  With this understanding, Turkey will continue to be vocal on this issue, as one of the leading countries supporting the UN reform process.

While increasing our contributions to the activities and the budget of the UN, Turkey also continues to take important steps for making Istanbul a regional UN center.  In this regard, UNICEF will follow the examples of the the United Nations Development Programme (UNDP), United Nations Population Fund (UNFPA) and UN WOMEN by opening up its regional office in İstanbul soon.
At a time when the repercussions of the crisis in Syria and Iraq are being felt by a number of countries, Turkey has been a representative of the international conscience by opening its doors to 2,5 million refugees and sheltering them. In addition, in order to enhance international cooperation and to find sustainable solutions to the recurring tragedy of irregular migrants, Turkey has spearheaded the inclusion of an item regarding the tragedies of those migrants and Syrian asylum-seekers in the Mediterranean Basin in the Agenda of the 70th General Assembly. Turkey, as the third biggest donor country in the world, will continue its exemplary role in the humanitarian diplomacy next year by hosting the Humanitarian Summit in İstanbul on 23-24 May 2016.

The fight against terrorism has become one of the main problems occupying the  global agenda. Turkey, who has been fighting against separatist terrorism for over 30 years, stands against all forms of terrorism irrespective of the name, ideology and identity under which it is committed. As such, we continue to fight with determination against all kinds of terrorist organizations.  The key to success in this fight is to increase international cooperation and solidarity. It is our belief that all UN members should stand in solidarity in the fight against terrorist organizations like DEASH, Al Qaeda, PKK, YPG, DHKP-C.